Nicole here with a little bit different of a project. I have a hobbiest laser cutter and I am always looking for fun and creative ways to use it. I had used it on wood and leather projects a lot, and then it struck me - I hadn't made anything from card yet! I wanted to create a stylised map for my mum of their area. They will be moving once retired so I thought it would be a good keepsake. So rather than printing it, I decided to laser engrave it.

I picked the gorgeous Buff Smooth card for this project. It would stand out well once the engraving created the black lines, and would contrast nicely against the white mount board and picture frame I had. Once I created the file I wanted to cut I started up the laser. 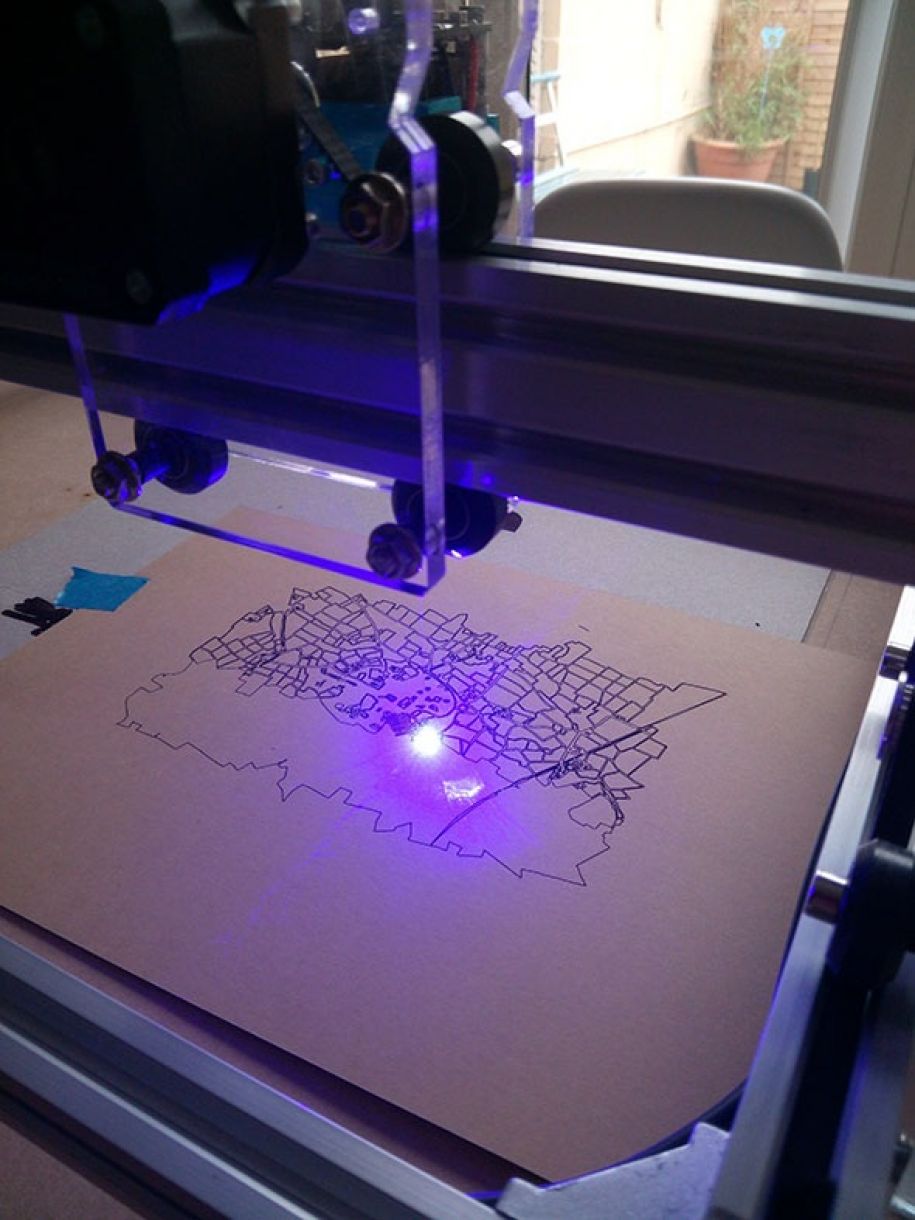 The laser cuts in super sharp detail down to very small detail too. I think you could do something similar on the Silhouette also, but I find this level of detail the laser is better. I can't show you the before map and the after because I don't want to show you my parents area (they wouldn't be happy about that!) but you can see the detail in the map cut below. The lines represent roads, rivers, outlines of fields, streets in estates etc. If you know the area you would recognise it, I will put it that way! 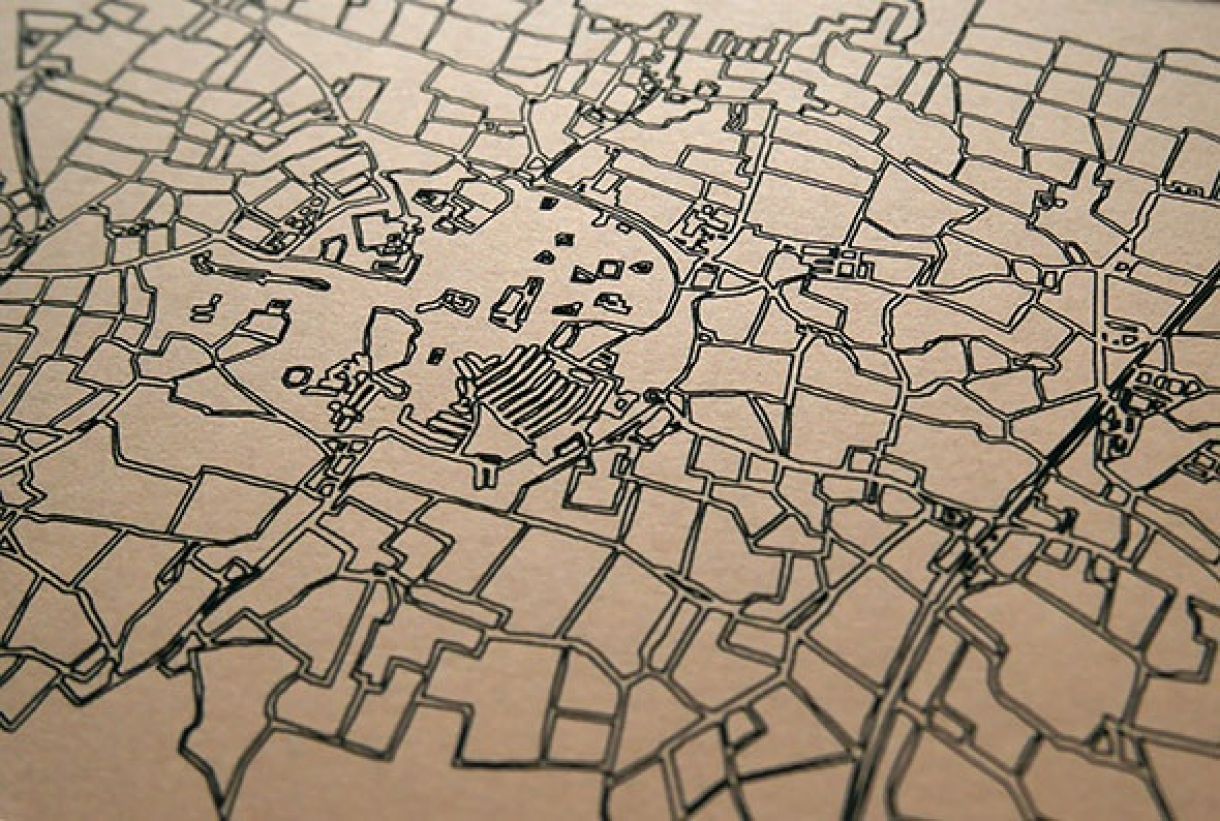 Once cut I mounted it behind some mount board from a Ikea frame. Papermilldirect sells some gorgeous coloured mount board if you need something to pop more, but in this instance I needed white to make the buff card stand out. 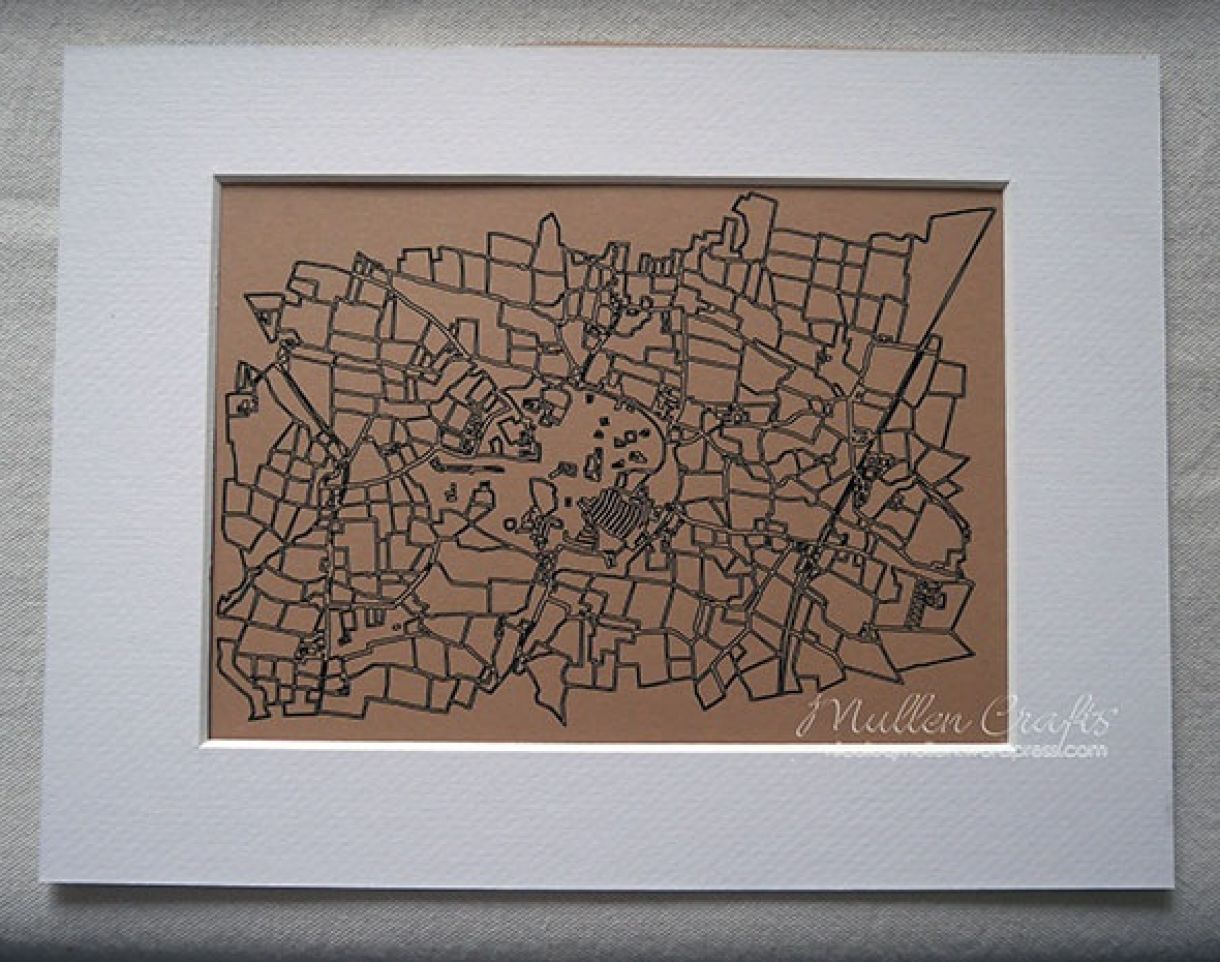 I then added this into the frame and the project was done! I have two images of it below to try capture the colour better, without getting the glare from the glass in the photo. 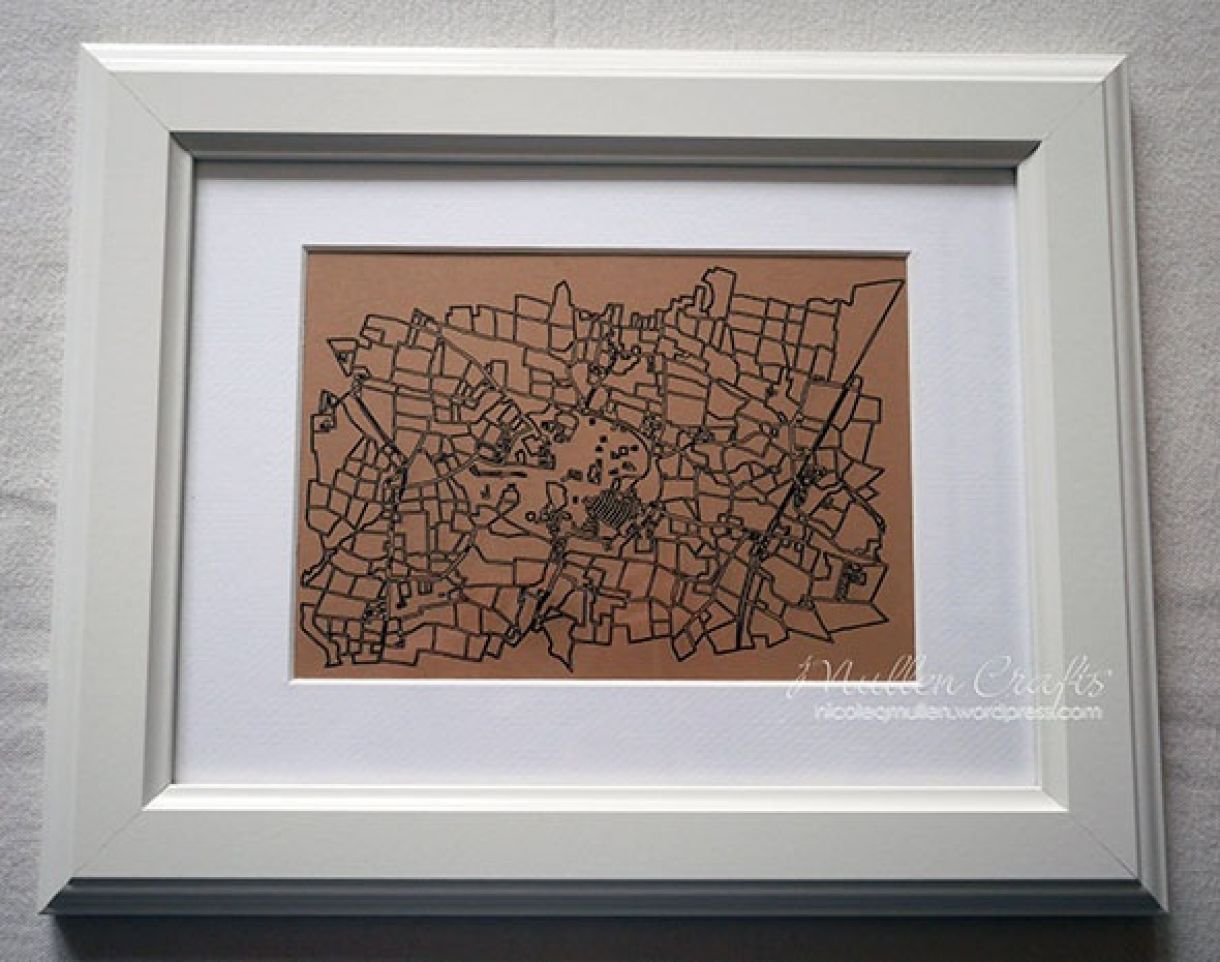 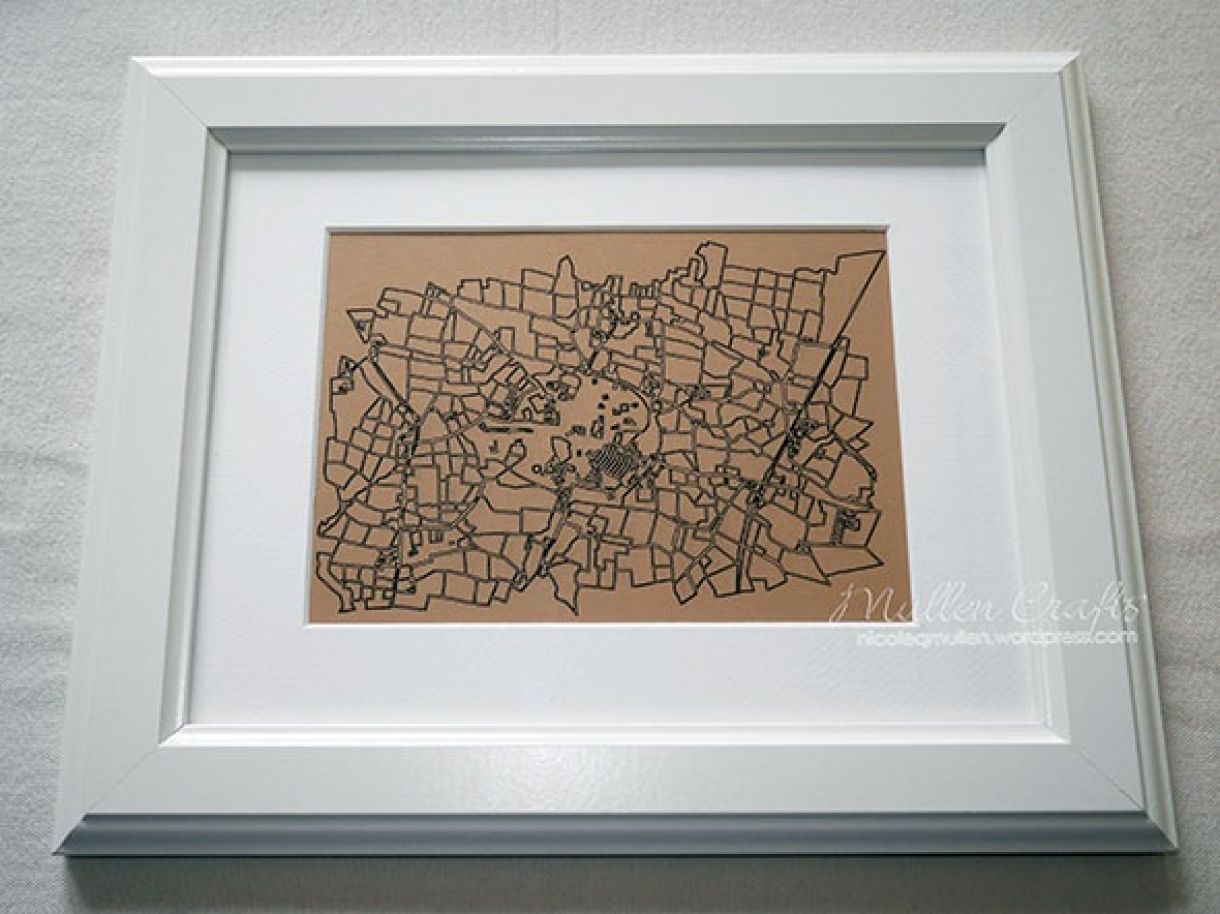 If you wanted to create something like this without a laser you could trace over a map using tracing paper and a pen and just highlight the roads and main identifiable points. Then transfer this to card using a transfer method and go over it with a fine line black pen, or other such technique. 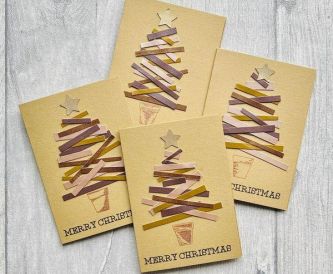 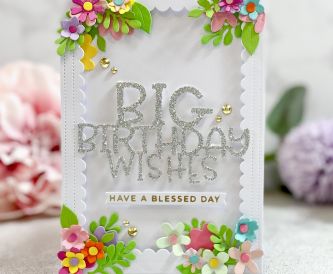 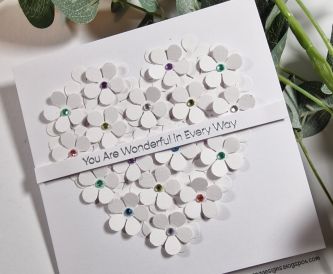 You Are Wonderful In Every Way 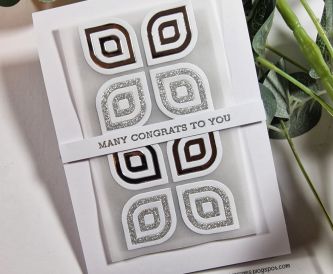 Many Congrats To You 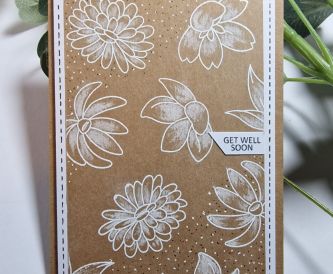 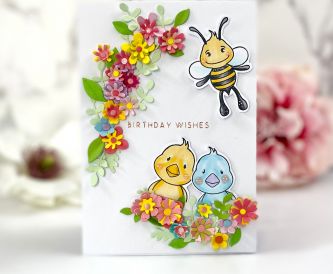 Nice article but which one laser machines are used these samples?